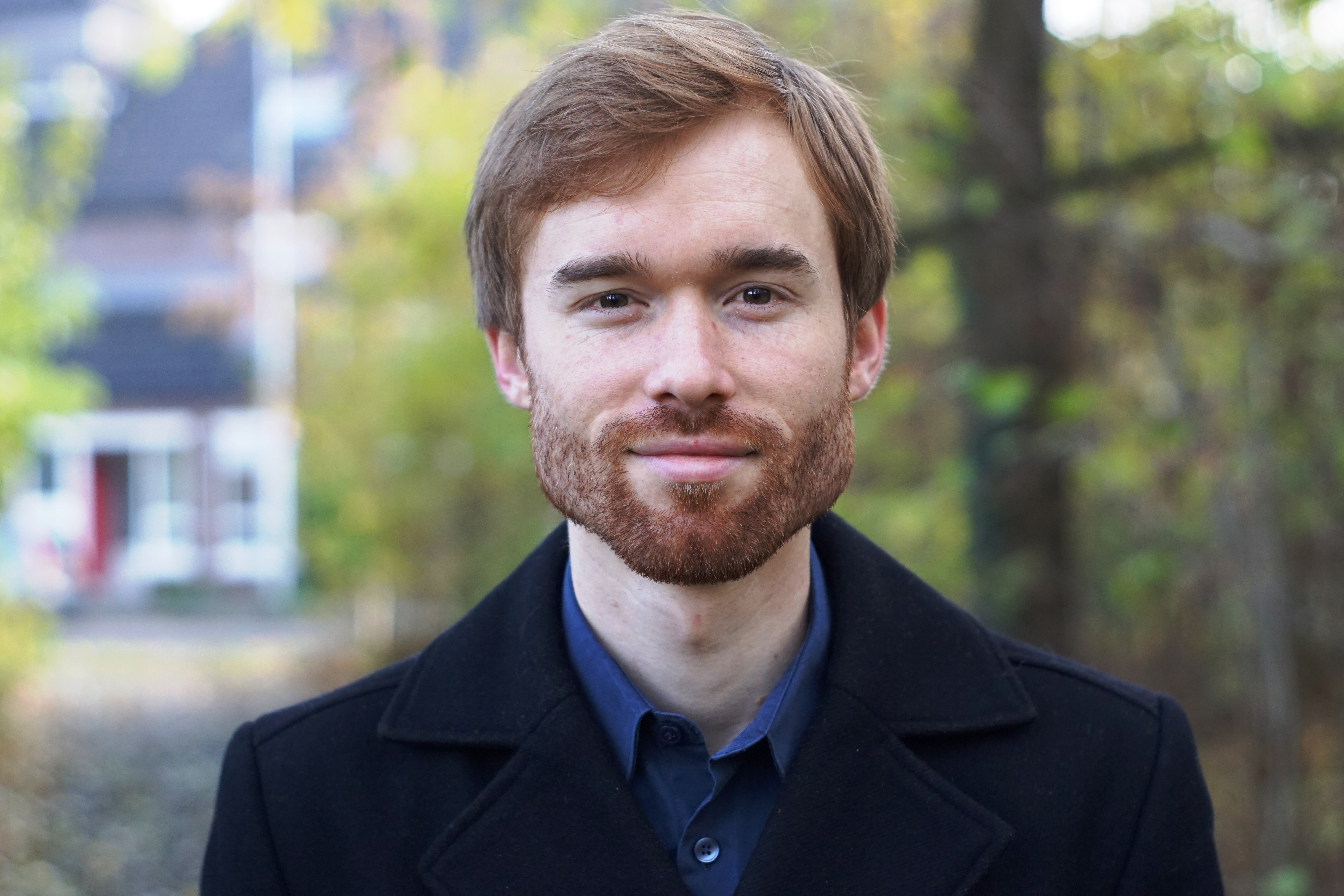 This is Sam Bussey’s personal blog. It features posts on my academic research and other subjects in the area of African theology. I’m a doctoral student in theology at the Protestant Theological University in Groningen, the Netherlands. The subject of my dissertation is the notion of sacrifice in African theology. I’m also employed as managing editor of the website African Theology Worldwide. The aim of the website is to make African Christian Theology more accessible, both in Africa and around the globe.

While doing research for an encyclopaedia article on sacrifice in African theology, I found a lot of primary resources online. The following text is a draft of the section that introduces some of the best examples.

There are a rich variety of primary resources available on the internet that are very relevant to the study of sacrifice in African theology. This section includes some examples from African religions and African Christianity. There is a good deal of material on African religions online, much of it collected by European ethnographers in the twentieth century. Evans-Pritchard 1935, Daneel 2004 and Cole 1973 are examples of photographs taken by ethnographers that bring out different aspects of sacrifice: the killing of a sheep, the butchering of an ox, and a building that has been created as a sacrifice to a deity. There is a wealth of material on African Christianity on the internet. Some of this material has been collected, but most of it has been added by African clergy and Christians. The earliest resources available are Ethiopian paintings of the crucifixion that depict Jesus as the Lamb of God (e.g., Double-Sided Gospel Leaf [first half 14th century]). Njau 1959 and Mveng second half 20th century are classic examples of modern African art that draw on African history and culture in their portrayals of Christ’s sacrifice. Since the beginning of the twenty-first century a vast amount of audio and video recordings have been put online. Eschatos Bride Choir 2013 is one of the most well-known African hymns that speaks about salvation through the blood of Jesus. This key notion has also been taken up in African liturgies, such as the Kenyan Eucharistic text that was used at the opening service of the 1998 Lambeth Conference and the closing service of the 2010 Cape Town Conference (Lausanne Movement 2011). Mbewe 2012 and Duncan-Williams 2016 are examples of an African Evangelical sermon on what it means to be a living sacrifice and an African Pentecostal sermon on having faith in the blood of Jesus.

The front side of an mbari house built by Igbo artists in Owerri, Nigeria in the early 1960s. An mbari house is form of religious architecture containing painted sculptures that is created over several years as an elaborate sacrifice to the goddess Ala and other deities. For more photographs and an analysis of the process of building an mbari house, see Cole’s article, “Mbari Is a Dance,” which is freely available by subscription from JSTOR.

The butchering of an ox as part of a rain calling ceremony at the cave shrine of Vembe in the Matopo hills of Zimbabwe. Priestess Intombiyamazulu, “Virgin of the Rain Clouds,” mediated for the delegation. According to Daneel, “Often the animal is black, symbolizing black clouds that bring rain. Some portions are kept and consumed by the priestess and her family.”

According to the Met, “The compelling images on this double-sided leaf are from a group of early fourteenth-century Gospels that feature a revival of motifs that reached Ethiopia from the eastern Mediterranean, probably in the seventh century.” The reverse side of the leaf depicts the crucifixion. Instead of portraying Jesus on the cross, the Lamb of God appears above the cross, a striking symbol of Christ’s sacrifice and victory.

Duncan-Williams, Nicholas. The Place of the Blood in a Believer’s Life. Sermon video, 1:05:22. Given at the Prayer Cathedral of Action Chapel International in Accra, Ghana. Posted 23 May, 2016.

Duncan-Williams is the Archbishop and General Overseer of Action Chapel International, a Ghanaian Pentecostal megachurch with a worldwide network of churches. In this sermon (4:00-) he particularly draws on Rev. 13:8 and 12:11, to show that the blood of Jesus is the key to a believer’s identity and a life of victory. A believer must have faith in the blood, which means believing in and invoking it in daily life, as well as participating in sacrificial giving.

A beautiful rendition of the legendary hymn of the East African Revival (0:00-4:00). The words of the chorus proclaim the cleansing power of the blood of Jesus: “Tukutendereza Yesu / Yesu Mwana gwendiga / Omusaigwo gunazi’za / Nkwebaza Mulokozi” (We praise you Jesus / Jesus Lamb of God / Your blood cleanses me / I praise you, Saviour). The hymn is also closely connected with stories of sacrificial martyrdom in East Africa.

The killing of a sheep as a sacrifice to the lion-spirit for a girl who was possessed by the spirit and had a seizure. According to Evans-Pritchard, “Her family sacrificed a sheep to the spirit and dedicated a cow to it, for the seizure was thought to have been due to their failure to dedicate a cow to it earlier; and the girl was restored to her normal self.”

The text of the Eucharistic Prayer and Institution (5:40-7:20, 11:01-13:50) is taken from the Church of the Province of Kenya’s A Kenyan Service of Holy Communion (Nairobi: Uzima Press, 1989). The words explicitly draw on both biblical and African understandings of sacrifice. In particular, the phrase “We are brothers and sisters through his blood,” (12:18) uses the African notion of blood brotherhood to proclaim the new kinship that believers have through Christ’s sacrifice.

Mbewe, the Pastor of Kabwata Baptist Church, has gained an international reputation as “the Spurgeon of Africa.” In this sermon he interprets Psalm 51:18-19 in light of Romans 12:1-2, to show that true repentance means giving everything to God (9:37-). In view of Christ’s self-offering, believers are to give themselves as living sacrifices (34:30-). The Ethiopian eunuch and the conversion of Ethiopia is an example of such a life of surrender and the fruit it can produce (40:15-).

Mveng, Engelbert. Ugandan Martyrs Altar. Second half 20th century. Photograph of a mural on the apse of the Chapel of Libermann College, in Douala, Cameroon. ArtWay.

Mveng was a Cameroonian Jesuit priest, artist and historian. As he writes, “The Christ in majesty standing above the altar recapitulates the offering of the whole world and all of humanity in the sacrifice of the cross. At the foot of Christ crucified stand the martyrs of Uganda: they are the image of all those people in Africa who have united the sacrifice of their lives to that of Christ crucified.”

Njau, Elimo. Crucifixion. 1959. Photograph of a mural on the interior north wall of the Saint James and All Martyrs Memorial Cathedral in Murang’a, Kenya, 3.5m x 4.5m. Pinterest.

Njau is a Tanzanian artist who studied at Makarere University in Kampala, Uganda. The painting is one of five murals depicting scenes from the life of Christ in a church that was built as a memorial to Christians who had died during the Mau Mau rebellion. Njau draws on Kikuyu culture and the local landscape in his portrayal of Christ’s sacrificial death. The blood of Jesus trickles down from the cross, cleansing the people and the land.

In the Global North, the notion of “sacrifice” is highly controversial in contemporary discussion. In recent years, the influential work of René Girard has succeeded in putting sacrifice back on the intellectual agenda, but his story of sacrifice has primarily emphasised the theme of violence. Today, many theologians consider sacrifice inherently problematic and some would like to do away with it altogether. In Africa, however, the notion is highly popular across a wide range of theological traditions. The work of three African theologians – John Ekem, a Ghanaian mother-tongue biblical scholar, Edison Kalengyo, a Ugandan inculturation theologian, and Mercy Oduyoye, a Ghanaian women’s theologian – challenge Girard’s theory in three important ways. First, they challenge his traditional typological approach with a dialogical typological one. Second, they challenge his focus on violence by highlighting multiple themes. Third, they challenge his lack of an ecclesial dimension with fresh ways of appropriating Jesus’ sacrifice today.